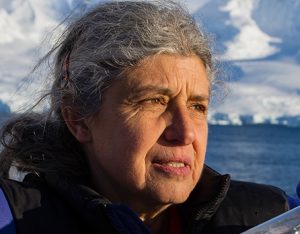 Dr. Maria Vernet is the Co-Principal Investigator for FjordPhyto and a Senior Research Biologist at Scripps Institution of Oceanography. Vernet has conducted research in international settings since 1987 when she first traveled to the Arctic and in 1988 to Antarctica. She participated in one of the first research teams to study the effect of ultraviolet radiation on marine phytoplankton after the discovery of the Antarctic ozone hole in 1985. She has also participated in research studying free-floating icebergs and the ecosystems of the Larsen B Ice Shelf. Maria was recently awarded the prestigious AAAS Accomplished Scientist Fellow in Biological Sciences from the American Association for the Advancement of Science in 2018.

Her field expeditions have taken her into the Atlantic, Pacific, Arctic and Southern Oceans with a variety of internationally assembled research teams. As a sea going oceanographer, Maria has spent enough time in Antarctica over the decades that she has lost count.

To learn more about Dr. Vernet, watch this Scientist’s Life in 99 Seconds.

Link to Maria’s CV and the Vernet Lab website. 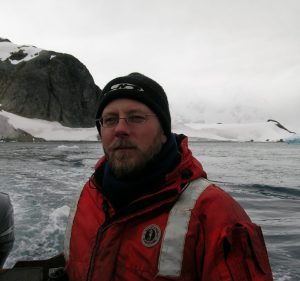 Dr. Rick Reynolds is the Co-Principal Investigator for FjordPhyto and Project Scientist at the Scripps Institution of Oceanography who develops and uses optical tools, including satellite measurements of ocean color to study ocean ecology and biogeochemistry. He has extensive experience working in both polar regions. Rick received his Ph.D. from the University of Southern California (1996) and his B.S. from Bowling Green State University (1986). He serves on several NASA working groups and international science teams. 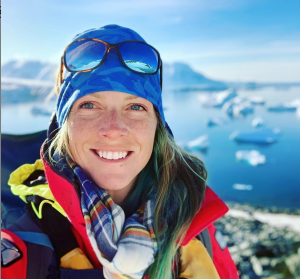 Allison Cusick is a PhD Candidate in the Biological Oceanography PhD program at Scripps Institution of Oceanography. She has extensive experience in the lab and at sea.

Her first expedition to Antarctica occurred in 2013 where she lived aboard the U.S. Antarctic Programs’ icebreaker Nathaniel B. Palmer for 53-days tracing the fate of algal carbon export in the Ross Sea. Every year since 2017 she has traveled to the Antarctic Peninsula on various tour ships running FjordPhyto as Lecturer & Scientist. She has spent more than 195 days at sea in Antarctica (nearly 6.5 months in total).

Fun Fact: Allison ran a marathon on the Ross Ice Shelf, Antarctica, dressed as a banana, the same day she boarded the Palmer icebreaker for a two-month expedition at sea.

Allison received her Master’s (2017) in Marine Biodiversity & Conservation from Scripps Institution of Oceanography, and her Bachelor’s (2006) in Biology with a minor in Earth and Space Sciences from the University of Washington.

She published her first first-author paper on FjordPhyto in Oceanography magazine, and another paper in ECO Magazine here she was also featured as a Polar Hero and featured in Condé Nast Traveler. 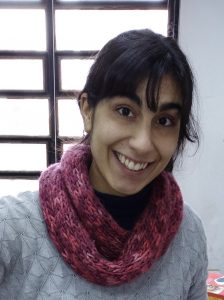 Martina Mascioni is a collaborating PhD student based out of Argentina at the Faculty of Natural Sciences and Museum at the National University of La Plata (Buenos Aires, Argentina). Her PhD thesis work currently focuses on “First research on the phytoplankton community of Andvord Bay (Antarctica). Composition and space-time dynamics” under her advisors’ supervision, Dr. Gastón Almandoz and Dr. Maria Vernet, in the Phycology Division.

She has expertise in Antarctic phytoplankton ecology and diatom taxonomy and is a teachers assistant in a subject called “Botanic Systematic I” (Botánica Sistemática I) a subject taken by third-year biology students learning about protist and fungi biology.

She recently received the IAATO Fellowship award to come work in the Vernet Lab in San Diego (once COVID is over). She also published her first first-author paper in Polar Biology.

To learn more about Martina’s Career visit her profile on ResearchGate or download her CV here. 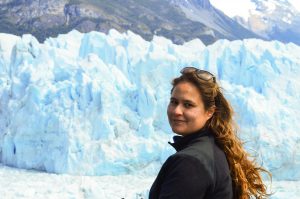 Gabriela Lamanna was raised in El Salvador, where she developed a passion for nature and the ocean that grew with her love for surfing. She graduated from a bilingual school, which gave her the opportunity to become fluent in English and pursue her bachelor’s in Marine Biology at Harriet L. Wilkes Honors College in Jupiter, Florida. She spent a semester at Harbor Branch Oceanographic Institution, where she gained hands-on experience in academic research and data collection, and where she interned at the Dolphin Photo ID Program. For her undergraduate thesis she studied the causes of injury and illness affecting sea turtles in South Florida.

In 2016 she moved to California where she received her Masters in Marine Biodiversity and Conservation at Scripps Institution of Oceanography. She dreams of protecting the ocean through education and science storytelling. As her favorite quote by Sylvia Earle says, “Knowing is key to caring, and with caring there is hope that people will be motivated to take positive actions. They might not care even if they know, but they can’t care if they are unaware”.

You can learn more about Gaby and her motivation to create films for the FjordPhyto project here. 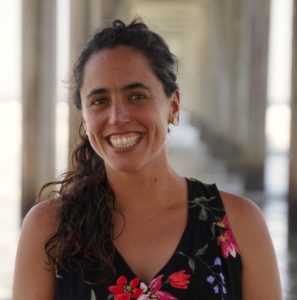 Celeste grew up on the coast of central Chile, a country which more than 4,000 kilometers of linear coastline, and studied marine biology at the University of Valparaíso. She recently came to the United States to complete a Masters program in Marine Biodiversity and Conservation from Scripps Institution of Oceanography, UC San Diego (USA). The time went by fast and she is now living back in Chile.

As a scientist in a family of artists, she feels in her heart and brain that education, outreach, citizen science, and research share space. She has participated in projects concerning all of these areas, with NGOs and universities, always committed to finding new ways to socialize scientific knowledge and to awaken interest in socio-environmental issues.

In the same vein, together with four young women, Celeste created a foundation for marine education called “Expedición Batiscafo,” and in 2020 she co-founded the Latin-American Marine Educators Network (RELATO).

She is currently working on a visual phytoplankton identification book, highlighting the taxa commonly found in the FjordPhyto citizen science collected samples from the Western Antarctic Peninsula, designed for non-scientific audiences.

We hope to share this book with you soon! 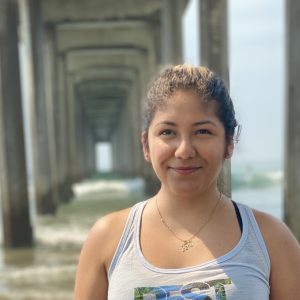 Carmen Zamora is a California native. She loves exploring and learning about the many wonders California has to offer, from hiking through the redwood forests and Eastern Sierra Mountains to finding waterfalls and hidden beaches up and down the California coast! She received her Bachelor of Science degree in Environmental Studies at Sacramento State University, where she grew the passion for marine science.

In her undergrad, she worked as a Team Leader teaching students about environmental issues. Here she found her love for educating students in under-resourced schools. After realizing that most of her students had never been to the ocean, she set out to give them that experience. After fundraising with her students, they had enough to travel to a nearby beach to explore the tidepools and ocean for the first time.

Carmencompleted her Masters in Marine Biodiversity and Conservation at Scripps Institution of Oceanography in San Diego, CA in 2021. As a science educator and policy expert, Carmen found an interest in helping communities through policy change and education, where she became interested in the FjordPhyto polar citizen science project. She is currently working with Allison Cusick and Jordan Newman on a FjordPhyto educational curriculum. Talking with many science educators and teachers, she is finding the best way to incorporate Next Generation Science Standards into her lesson plans. Her next steps are to hopefully do test runs with teachers and their classrooms in hopes younger ages will get interested in FjordPhyto! Her dreams are to make policy changes and work with under-resourced communities to help educate communities in environmental issues. 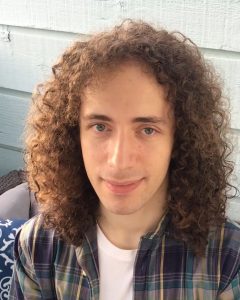 Jordan Newman is a graduate student in the science illustration program at California State University Monterey Bay. He has worked with the FjordPhyto project illustrating Antarctic algae and ecosystems. Previously, he worked in a Scripps Institution of Oceanography biology lab, researching marine invertebrate genetics, while also volunteering as an exhibit interpreter at the Birch Aquarium.

Jordan received his B.S. (2018) in General Biology from UC San Diego. Jordan’s illustrations can be found on his Instagram profile @jordan_bioart and on our website here. 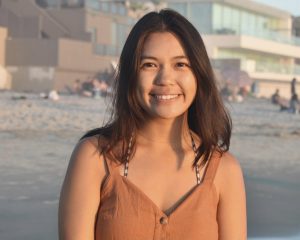 Anesse Pinpokintr grew up in Southern California and spent a large portion of her early childhood travelling back and forth from Thailand, where her parents immigrated from. After graduating from high school, she flew across the country to pursue her bachelor’s degree in environmental science at the University of Rochester, where she’s currently conducting independent research on methane production in oxic lakes.

Driven by an excitement for discovering and passion for combating climate change, Anesse found herself interested in perusing environmental science early on in her career. Growing up by the ocean, she became interested in biological oceanography because it gives her a new way of visualizing where she grew up her whole life. In her free time, she enjoys creating art and sewing.

She became involved in the FjordPhyto project through the Scripps Institution of Oceanography’s Summer Undergraduate Research Fellowship (SURF) Research Experiences for Undergraduates (REU) program and has been mainly working on analyzing and graphing phytoplankton diversity data. She hopes to continue to study phytoplankton ecology and go to Antarctica one day.

Christian Johnson is an undergraduate student pursuing his Bachelor’s degree at the University of California San Diego in Earth and Ocean Sciences. His passion for environmental related research drives him to seek experiences working in the field and the lab. He has experiences studying ecosystems and geology of the national parks within California, as well as biodiversity and coral reef ecosystems in Puerto Rico. He became involved in the FjordPhyto project through the Scripps Institution of Oceanography’s Summer Undergraduate Research Fellowship (SURF) Research Experiences for Undergraduates (REU) program and gained skills analyzing next generation sequencing data, as well as phytoplankton diversity data in relation to environmental stressors. 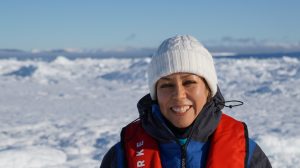 Daniela is a researcher and Ph.D. candidate at Universidad Autónoma de Madrid where she is expanding her investigation on the social dimensions of Antarctic tourism. Daniela obtained her master’s degree in Environmental Management (2010) and a Bachelor in Tourism (2005). Ever since her first Antarctic visit in 2011, Daniela has become passionate about the sustainable future of Antarctica. Her main interests revolve around tourism, adaptive management, and decision-making processes. In 2019, Daniela received an IAATO-COMNAP Fellowship to support her continuing research on Antarctic tourism. Daniela is a member of the IUCN World Commission on Protected Areas, Tourism and Protected Areas Specialist (TAPAS) Group. She is also a member of the Scientific Committee on Antarctic Research (SCAR), Standing Committee on the Humanities and Social Sciences (SC-HASS).

Brooke Dixon graduated from Scripps Institution of Oceanography with a Masters in Marine Biodiversity and Conservation. She worked with FjordPhyto during 2021 to analyze FjordPhyto participant survey data and designed new survey strategies that evaluate the individual benefits of participation in the citizen science program to Antarctic travelers. She received her undergraduate education in Natural Resources from Colorado State University. Prior to entering her graduate program, she spent several years working for Catalina Island Marine Institute as an educator and assistant program director, and served as director of Generation Ocean, a small NGO focused on engaging teenagers in ocean stewardship.

This project was supported in part by the NASA’s Citizen Science for Earth Systems Program (CSESP) award # 20-CSESP2020-0039 (2021), and National Science Foundation Public Participation in STEM Research (PPSR) extension to NSF award # PLR-1443705 (2017), as well as from a grant award from Hurtigruten Foundation (2018), and from generous donors (2019). You can help us keep this project going through a financial contribution here – we appreciate all the support!