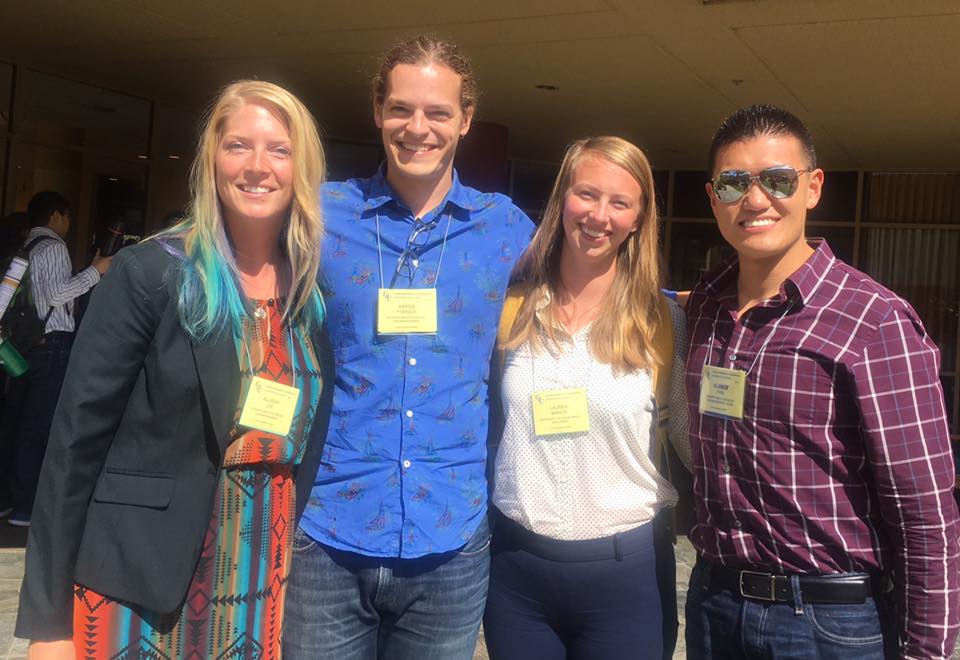 The Vernet Lab attended the 2017 Gordon Research Conference (GRC) on Polar Marine Science  March 26 – 31, 2017 in Ventura, California. GRC are prestigious international scientific conferences that have been occurring since 1931 and cover topics at the frontier of research.  This year’s topic: “Understanding Polar Ecosystem Change Through Time Series Observations, Technological Advances, and Biophysical Coupled Modeling”.

Dr. Maria Vernet and graduate students Jack Pan and Allison Lee each presented posters discussing their work. Jack and Allison additionally attended the Gordon Research Seminar which provides a gathering and learning opportunity for graduate students, post-docs, and other scientists at similar career stages.  It was amazing to see the work being done by fellow graduate students at both poles.

At this point in time, FjordPhyto was still a new concept in development. Dr. Vernet had made a connection with one of the Antarctic tour operators earlier in the season (Polar Latitudes) and a member of their expedition team, Bob Gilmore, had asked how they could help science. Maria handed them a box of bottles and asked if they would take seawater samples of phytoplankton. “Absolutely,” Bob said!

At the time of the GRC, Allison Lee was a graduate student in the Master of Advanced Studies – Marine Biodiversity and Conservation program at Scripps Institution of Oceanography. For her Capstone project, Allison helped to develop FjordPhyto into something more. A full fledged, hands-on, citizen science project emerged conducted by Antarctic visitors aboard vessels registered with the International Association of Antarctic Tour Operators (IAATO). Visitors could help scientists investigate how glacial meltwater entering the coastal fjords influence the base of the food web – the phytoplankton! The project concept was well received by the Polar Marine Science community who expressed their praises, suggestions, and concerns.

Polar regions are dynamic yet vulnerable to the effects of climate change. The power of monitoring changes in these areas comes by data gathered from multiple fjords week after week, year after year. The Antarctic Peninsula draws a vibrant tourism community reaching upwards of 51,000 visitors annually, outnumbering scientists 10:1. As Antarctica is an entire continent devoted to peace and science through the Antarctic Treaty, a great opportunity exists for scientists and travelers to partner together for scientific endeavors and educational experiences.

The format of the GRC inspires scientists from different disciplines to synthesize new ideas and to brainstorm about the ongoing status and change in the polar oceans. ~GRC

The ability to share findings with colleagues and discuss successes and challenges openly, stimulated a lot of great conversations on how to best predict future ecosystem responses.  From changing sea ice dynamics to atmospheric and ocean exchange, biogeochemical cycles, food web dynamics, and sediment proxies. Teasing apart these interactions to understand how ongoing stressors influence the ecosystems requires creative problem solving from the entire community.We all left feeling inspired.

Update: Allison Lee finished her Master’s degree June 2017, presenting FjordPhyto as her Capstone, and has now become a graduate student with Dr. Maria Vernet in the PhD Biological Oceanography department continuing the work with FjordPhyto.